How to Design Smart Homes? 8 Tips for Incorporating Domotics Into Architecture 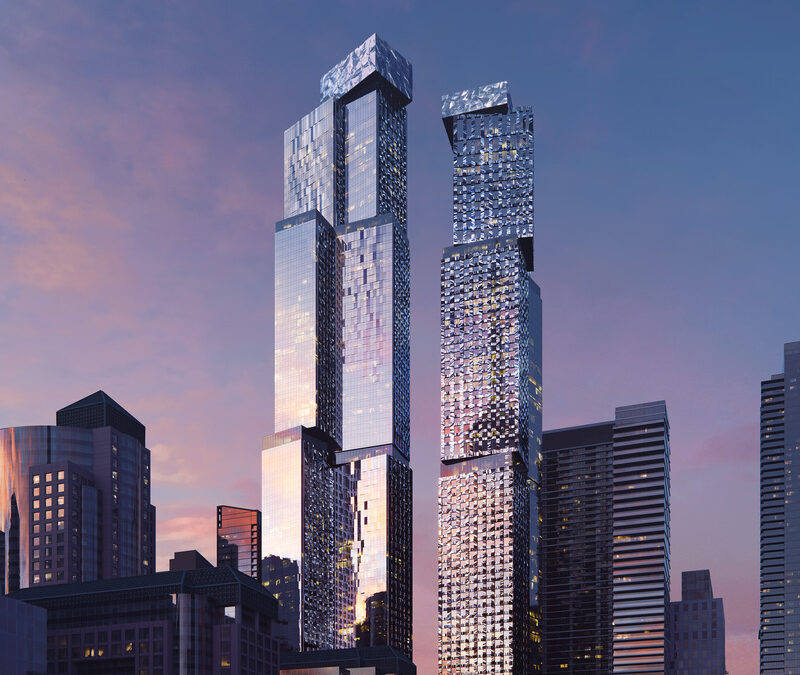 New images highlight a refined design of Frank Gehry’s latest landmark, a two-tower project in the skyline of the city of Toronto. Unveiled by Great Gulf, Westdale Properties, and Dream Unlimited, the intervention is part of the King Street West Project, an ensemble of mixed-use buildings.

Located in downtown Toronto, at the cultural intersection of King Street West and Ed Mirvish Way, the latest addition to the skyline was designed by the city’s native, Frank Gehry, and his architectural firm Gehry International, based in Los Angeles. The two-tower mixed-use project is set to become the most talked-about development in the history of the city according to Mitchell Cohen, Chief Operating Officer at Westdale Properties.

Maintaining both the height and density that were approved in a 2017 zoning by-law amendment, the latest refinements to the design have rearranged the towers’ position on the site, enhanced the podiums, and optimized the floor plates. In fact, “the changes to the podium incorporate the façade of the heritage Anderson Building which was built in 1915 while respecting the views of both the Royal Alexandra Theatre and the Princess of Wales Theatre”.

In addition, the exterior envelope was redesigned, making the intervention an instant landmark. Cladded in a variety of energy-efficient materials with unique textured metal and glass façade, the Gehry-designed buildings will include new space for OCAD University as well as commercial, retail, and residential spaces. The latest design updates will also encompass some variances that reflect the changes to the massing and design intent for the project. Finally, upon completion, the west tower will be the tallest Gehry-designed building in the world.

“With this project, I wanted to create an ensemble of buildings that were respectful to the city and referential to the Toronto that I once knew. I wanted the two towers to each have their own personality, but I also wanted them to talk to each other, creating a dynamic and changing addition to the skyline depending where you were viewing them from in the city. The detailing of the exterior is intended to give the buildings a human scale and hopefully reflect the light and color from the city and the sky around it. In the end, this should be a building of Toronto that I hope will make the city proud. — Frank Gehry”.