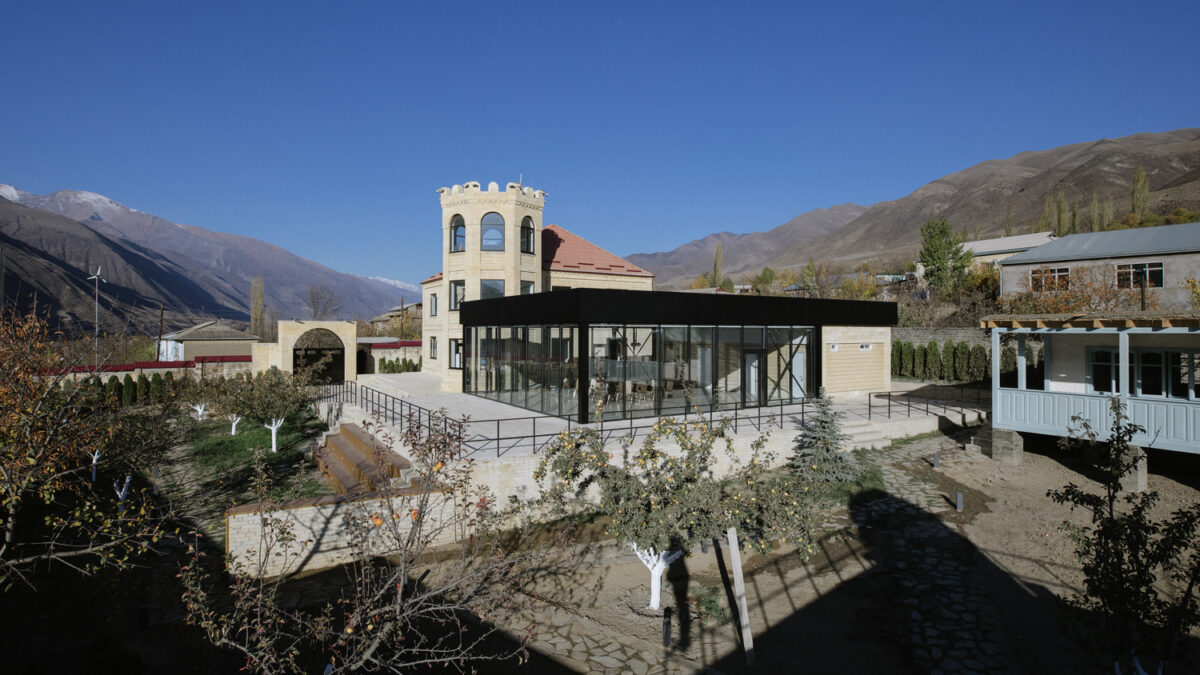 Wind energy is a type of renewable energy obtained from the wind, or in other words from the movement of air masses transferring from areas of high atmospheric pressure to nearby areas of lower atmospheric pressure, with speeds proportional to the pressure gradient. To take advantage of wind energy, machines called wind turbines or mills are used, activated by the movement of the wind as the propeller rotates. The propeller is in turn connected to a generator rotor that raises the speed of rotation to thousands of revolutions per minute, converting kinetic energy into electrical energy.

As we expand our awareness of and caring for the environment, we adopt behaviors that are likewise increasingly respectful of our environment. Following this trend, wind energy has been gaining credence as a clean and renewable alternative replacing other sources of energy based on fossil fuels, thus helping to reduce greenhouse gas emissions.

Obviously, an architectural project powered by the wind–using, for example, a mini wind turbine–must be located in an area with sufficient wind uninhibited by obstacles, with the necessary space to anchor the system as well. If local regulations allow, wind turbines can be placed even in dense urban areas by taking advantage of open rooftops. In every case, it is always important to carefully study the power of the wind turbine, which will determine the size of the propeller, its height, and the amount of energy produced for the operation of the building. Although the energy in kWh (Kilowatts per hour) generated by the turbine will likely not cover all energy costs, they can help to greatly reduce our usual monthly consumption.

Below, we look at eight inspiring projects that use wind power to their advantage. These examples lead us to reflect on how we can rethink energy production in a way that allows our interventions to converse with, or rather, formally and functionally integrate with, the natural conditions of their environment.

VR Posto Comando is the technical building facilitating the operation of a wind farm located in the Sierra de Alvão mountain chain in Portugal. The project is located in a unique and isolated landscape shaped by heavy winds and extreme temperatures. The contemporary project fulfills a double function: while its interior protects the technical equipment of the park, its exterior adapts to the morphology of the environment, blending with the landscape through the choice of materials such as wood and granite.

With an optimal orientation and materiality, this bioclimatic house is located in the unusual landscape of the Canary archipelago, formed by volcanic eruptions. The house must protect itself from strong wind pressure at the same time that it takes advantage of it as a renewable resource. Thus, the work is necessarily flexible and connected with its environment, benefiting from the natural sources at its disposal.

The Houl is a contemporary UK house rated ‘zero carbon’ for meeting the following sustainability standards and elements: high levels of insulation, heat recovery ventilation throughout the building, an air-source heat pump, and a wind turbine. Like the other projects presented, The Houl takes advantage of the strong wind present in the town of Castle Douglas to generate electricity. Furthermore, through its spatial and architectural arrangement–such as the inclination of the roof and the use of large windows–the project takes advantage of the landscape’s unique qualities.

Unlike the previous projects, House 2.0 is a 230 m2 house that is located in a totally urban context, in the city of Amsterdam. Although the house has a high architectural value, its uniqueness lies in its neutral energy and 100% CO2 reduction, revealing that it is possible to live sustainably even in densely populated contexts. The reduction is achieved by transforming the house into a passive house, including an insulation value of Rc = 10 with triple glazing, 100% waterproof joints, and heat exchangers. The electrical energy is generated jointly by photovoltaic cells and a windmill built into the roof.

Located in Kansas City, this house is configured as a modern and sustainable housing model in the vicinity of the Kansas City urban core. The wooden project, classified as a LEED Platinum house, stands out for seeking sustainable solutions throughout the design process from construction to operation. Throughout the design, local materials with high recycled, reused, and manufactured content were used, allowing the construction of a prefabricated house. Likewise, the energy demand of the house is reduced through the implementation of renewable energy means, using photovoltaic solar panels and a wind turbine. Other elements of environmental value in the home include low-flow valve fittings, a rainwater recovery system, a geothermal heat pump, an energy recovery fan, and a highly efficient HVAC system.

This project, located in the Danish Thy National Park, consists of a research and technology center that allows the public to learn about the field of wind energy by exhibiting various sustainable projects. In addition, as a study area for wind turbines, visitors can visualize the huge structures and understand their operation. The architecture of the center stands out for minimally intervening in the territory, adapting to the linearity of the landscape.

This 176 m2 summer house is located in a field in Central Bohemia, Czech Republic. As a holiday home, it’s configured as a meeting space for three family generations, composed of three private spaces for each generation and a common space. In the middle of nature, the project is self-sustaining through the consumption of available environmental resources; residents grow food sources such as fruits, vegetables, and herbs, and renewable energy sources are used by activating a wind turbine located in the garden.

Luminaria is an educational center located in the village of Khryug in southern Dagestan, aimed at increasing access to technology for the local population. The project was conceived as a center of inspiration composed of libraries, rooms, laboratories, cinemas, and workshops in the middle of a stimulating landscape. Apart from the enormous infrastructural network of rooms, there is also a garden containing a wind turbine, which in addition to producing energy, functions as an educational element for children to model wind turbines and solar power plants in the laboratory.